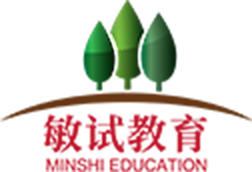 2.Seeing the police were coming，the robbers ran _____ all  directions.

3.If it _____，the sports meeting willbe postponed.

4.I insisted that he _____ there with one of his classmates tomorrow.

5.With the increasing number of private cars，road accidents cause thousands of injuries and deaths _____ .

8.Since the print book is as _____ as thirty dollars，I suggest that you buy an e-book.It will save you a lot of money.

9.It was hard for me to learn English，for _____ of my parents could speak the language.

10.As to the development，our country is working hard for a _____ ，from speed over quality to quality over speed.

11.It's unknown to us  _____ the air crash occurred in the mountainous area yesterday.

13.—Mum.do you mind my listening to music for a while？

14.In language testing. _____ refers to the extent to which the test measures what the testers want to measure.

15.“The researchers foresee a world "where self-driving electrie cars offer a safe.efficient and flexible personal transportation svstem."The function of the underlined part in the sentence is _____ .

The Coolest Club Around

Every Sunday from November through April，a group of men and women run shouting into the freezing waters of the Atlantie ocean off the coast of New York City.Are they crazy？Maybe.Do they have a great time？Definitely.

The Coney Island Polar Bear Club was__16__in 1903 by Bernarr Macfadden.He believed that a regular dip in cold water had big health __17__.He proclaimed this theory while in the__18__.water as onlookers were shocked.Now every Sunday，men and women still flock to the Polar Bear Club's __19__ outings as a way to"chill out".Water temperatures __20__ from about 60F to about 33F.Add to the windehill factor，and you will have one frosty __21__！

Swimming with the Coney Island Polar Bear Club takes some __22__.First，you should go to the clinic to have a check by your __23__ before swimming in cold water to make sure you're in __24__ physical health.Net，you'll need a bathing suit and a warm towel.Most members __25__ wear special boots that protect their __26__from rocks and other sharp objects on the beach.The boots also help keep their feet __27__ in the freezing water.

Once you're ready to to，it's just a matter of gathering the __28__ to make thatbig leap.Plenty of people end up at the water's edge and __29__ cowardly at the last second.If you're sure you want the Polar Bear __30__，you might want to bring a friend who won't let you leave until you've taken the jump into the freezing water！

From massive beasts to tiny creepy-crawlies，the following creatures have a reputation for being killers-but they really aren't all that deadly to humans as you think.

For decades.Hollywood filmmakers have described sharks as toothy killing machines with a taste for human flesh.But shark attacks are probably much rarer than you think.Some species of sharks.like the whale shark，don't pose a threat to humans at all.despite looking prety menacing.One average，sharks are responsible for sis human deaths a year.

Lions and tigers and bears.oh my God！"While the cowardly Lion is the gentle giant who befriends Dorothy's gang in the film The Wicard of O=，bears are actually the least deadly of the three animals from this famous scene.Estimates of human deaths by lions and tigers can range from 50-100.highest in countries such as Tanzania and India.Combined，brown and black bears only kill an average of one to three humans a year in their native United States and Canada.

Don't get us wrong-black widow spiders are deadly. But many types of spiders-even some of the biggest and scariest-looking ones-don't often bite and certainly can't kill you. Spider bites cause an average of seven human deaths per yearin the United States. That's fewer than the number caused by significantly less feared creatures like ants, bees, and, believe it or not, freshwater snails.

These big cats-which you might also call cougars or pumas-are native to North America and are the subject of cautionary tales for many a hiker. Despite that.there are only 25 human deaths by mountain lions on record, period, since 1890.That's an average of one every five years. While they have been known to kill pets, deer, and livestock, mountain lions probably shouldn't be high on humans' list of animals to be afraid of.

On the other hand. some animals look innocent but are actually perilous.

31. What does the underlined word"menacing"in paragraph 2 mean?

32. What can we infer from the film The ' icardofO?

A. The lion is big in shape but kind in character B. Estimates of human deaths by bears are wrong.C. Lions. tigers and bears are dangerous killers.

33. Which animal kills the fewest humans on average every year?

34. What will be talked about next?

A. Animals that aren't as dangerous as they look.

B. Animals that look friendly but are dangerous.C. Creatures that aren't deadly to human beings.

D. Beasts that have a reputation for being killers.

At a Dal. komm Coffee shop in Seoul,a robot takes orders from you through a mobile app or a touch screen and then makes fresh coffee. The robot can make up to 14 drinks at a time. Choi Eun Jin thinks the process is fun and easy. The 30-year-old office worker said "The area is crowded with office workers and local residents during lunchtime. So it's good to have a robot like this..… so you can get your coffee more casily."

Coffee is just one of the many industries that use automated services in this technologically forward-thinking nation. Others inelude restaurants, food stores, banks and manufacturers. The development comes as many Koreans, especially the young. are struggling to find work.

South Korea has been an early adopter of automation. It had the highest pereentage of robots to human workers in the world in 2017. The Intemational Federation of Robotics says South Korea has 710 robots for every 10.000 manufacturing workers. The international average is 85 robots per 10.000 employees.

Even with the job losses, South Korea's businesses are replacing employees with automation and young people are welcoming the change.L. ce Sang Jin said."Currently, Millennials-those who were born after 1980-are prime consumers. This generation tends to not like meeting other people, so they favor., technology that cnables people to minimize face-to-face interactions."At the reeently opened LAB101 store, customers can open the door with their credit cards 24 hours a day.Once inside, they can try on jeans and pay for the purchase without having to deal with an employee.

Back at Dal. komm Coffee,a robot can make about 300 cups a day at the cost of $2 to $3. While some customers like the robot coffee maker, others do not.Personally I prefer the human coffee maker,"said Lee Sang Jim. He added that the robot cannot make drinks as well as a human."I like weak coffee, but the robot is umable to control the strength of the coffee well."L. ee said.

35. Aceording to Choi Eun Jin, with a robot making coffee,

A. customers can take orders with a touch.

B. the area is crowded with office workers

C. people can save time during lunchtime

36. What is the fourth paragraph mainly about?

B. Ways of purchasing without dealing with employees

D. Stores for customers to try on jeans

37. Which of the following best describes South Korea's industry?

A. Humans can make coffee as well as a robot.

B.A robot is welcomed by all the customers

C. Humans can make coffee according to customers' favor

D.A robot can control the strength of the coffee quite well.

Cruz Genet,11, and Anthony Skopick,10, couldn't agree. Were the birds out on the ice ducks or geese? There was only one way to find out. So on a chilly January evening last year, the two friends ventured onto the frozen pond near their homes in Frankfort, Illinois, to get a better look. First, they tossed a rock onto the ice to test it.Cruz told NBC 5 Chicago."Then we stepped on it."Convineed the ice would hold their weight. Anthony took a few steps, then.. FOOMlP. He crashed through the seemingly frozen surface."There was no sound, no crack."he told ABC7 Chicago."I just fell through instantly."

Cruz rushed to help his panicked friend. FOOMP-the pond swallowed him too.

Cruz managed to lift himself out of the frigid water and onto a more solid section.He then gingerly worked his way toward Anthony. But the ice didn't hold, and he fell in again. This time, he couldn't get out.

The boys were up to their necks in iey water and quickly losing feeling in their limbs. Any chance of their freeing themselves was slipping away. Cruz was sure he was going to dic.

Anthony's older sister had seen the boys fall through the ice and started screaming for help.

John Lavin.a neighbor driving nearby on his way to the grocery store, heard her.He quickly pulled over. Secing the boys, he grabbed a nearby buoy. kicked off his shoes, and ran into the slushy water, chopping his way through the ice with his free fist. It was kind of a' Hulk smash.""Lavin told NBC5 Chicago.

Lavin made his way to Cruz and Anthony and hauled them back to land. They were taken to the hospital. where doctors discovered that their five-minute stay in the water had lowered their body temperature nearly ten degrees.

39.What led to the two boys to the frozen pond？

40.It can be inferred from the text that the ice A.was broken by Anthony's old sisterB.had a better look in frozen season C.was not as strong as it looked D.was strong enough to hold

41.What was the result of the boy's stay in water？

B.They had a high fever

42.How did Cruz feel for Lavin's behavior？

Although bringing critical thinking into the classroom ultimately requires serious.long-term development.（43）you don't need to sweat and slave to begin to make important changes in your teaching.（44）Many simple，straightforward，yet powerful strategies can be implemented immediately.In this guide we offer a sampling of such suggestions.They are powerful and useful，（45）because each is a way to get students actively engaged in thinking about what they are trving to learn.（46）Each represents a shift of responsibility for learning from the teacher to the student.（47）These strategies suggest ways to get your students to do the hard work of learning. 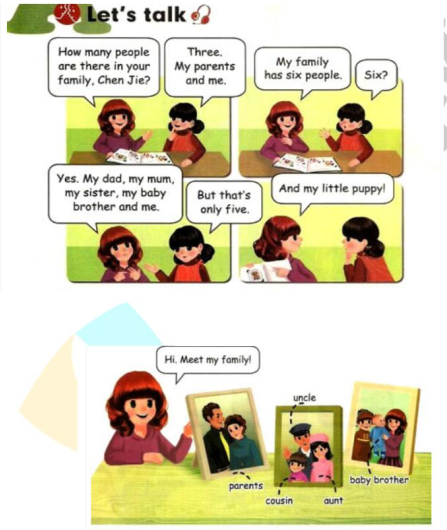 T:Boys and girls，we'll have a party this weekend.We should prepare some nice food for the party.But I don't know what your favorite food is.Can you help me？